What Perils Are Covered By A Homeowners Insurance Policy? 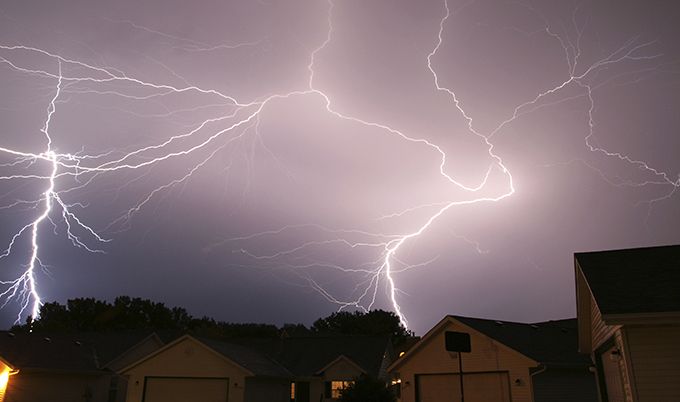 A peril is an event, like a fire or break-in, that may damage your home or belongings. The perils covered by your homeowner’s insurance are listed in your policy.

The list of mishaps you’re protected against (“perils” in industry-speak) is actually pretty broad. Here’s a look at what the Insurance Information Institute says are some of the most common perils covered by a typical homeowners insurance policy:

Check your homeowner’s insurance policy to learn what perils it covers.

A home, belongings, and structures like a garage or shed are all usually covered for fire damage (including smoke damage). If the condition of the home requires its residents to live elsewhere for a time, a policy will typically help reimburse for those expenses as well.

Damage from lightning is typically covered by homeowner’s insurance. Some policies will also extend that protection to power surges that happen as a result of a strike, covering, for instance, damaged electronics.

Wind damage — even when it’s from a tornado — is normally a covered peril. Protection usually also includes hail damage or wind-driven rain or snow that gets inside after a home has been damaged by a storm. Read your policy, though, to learn of any exclusions.

Whether it’s from an aerosol can or a propane grill, it’s never good when something explodes in or around a home. Damage resulting from such explosions is usually covered by homeowner’s insurance.

Homeowners insurance typically covers damage that results from such acts. That would include repairing or rebuilding your home, or replacing your possessions if they were damaged by the event.

DAMAGE FROM AN AIRCRAFT, CAR OR VEHICLE

It may not be often that a plane or car crashes into a home, but when it happens, the images can be pretty dramatic. The good news is that most homeowner’s policies help pay to repair damage resulting from such an event.

If an intruder breaks a window or door to gain access to your home, insurance will likely cover the damage. Items that are actually stolen are generally also protected by the personal property coverage that’s part of most homeowner’s insurance policies. But you should know that most policies have limits on how much they’ll pay out for specific types of personal property. You may be able to purchase additional coverage for those items.

If your home is damaged by a falling object, whether it’s a meteor or a healthy tree that topples in a storm, homeowner’s insurance may help pay for the damage.

WEIGHT OF ICE, SNOW OR SLEET

When the weight of heavy, wet snow or ice causes your roof to cave in, you’ll find that your homeowner’s insurance will typically help cover the loss — for the damage to your home and your property inside.

A homeowners insurance policy may help cover damage resulting from a number of incidents, but likely also comes with a list of scenarios that it won’t cover. Also, remember that coverage limits and deductibles will apply. Get informed about the specifics of your coverage by reviewing your policy, or call your agent with questions.