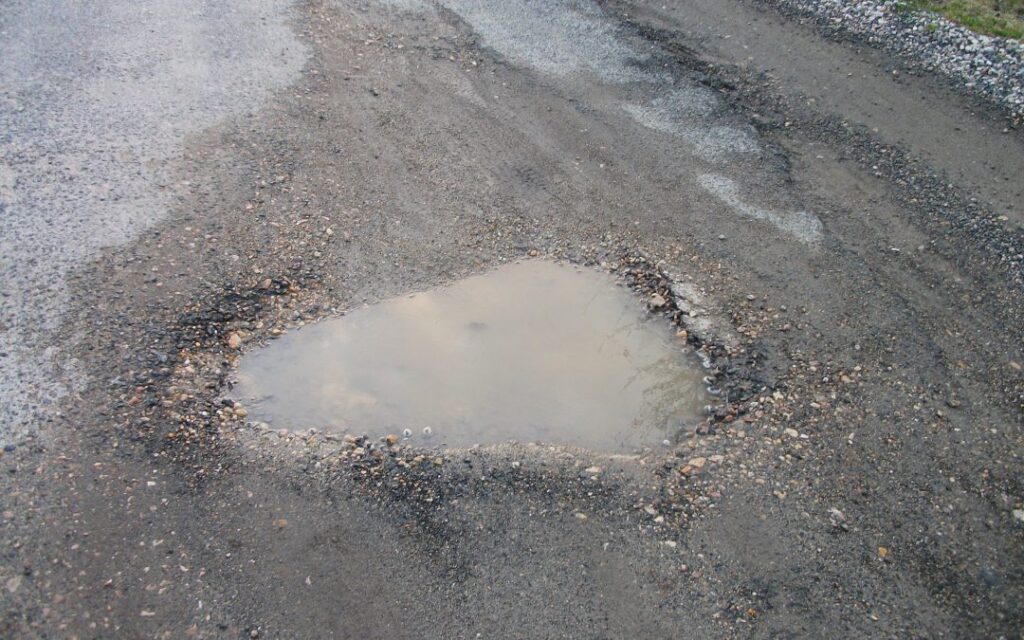 During my commute to work, I inevitably drive over more than 10 potholes each way. While a few of them are small, most of them are quite large and create for a very bumpy and uncomfortable ride to work.

Many potholes are caused when relentless freezing and thawing of water under the pavement weakens the road and causes large cracks, which, when combined with the weight of vehicles driving over, eventually turn into potholes.  Because of the role freezing can play in pothole formation, severe winter weather can often lead to lots of potholes. But, as reported by The Mercury News, strong, long-lasting rain storms can also contribute to the number and severity of potholes and even sinkholes.

If you live in a city with lots of potholes, here are a few safety tips from the Michigan Department of Transportation:

After a little research, I found out that potholes can cause serious damage to my car, even if they are small. While I always figured running over a large pothole would be bad for my tires, little did I know that some potholes can have as much impact on your car as a 35 mph car crash.

In addition to causing structural damage to the tire itself, potholes may cause additional damage to your tires if they are over- or under-inflated. Potholes may also cause alignment, suspension or steering problems, according to Firestone Complete Auto Care.

So if you’re like me, and have been running over potholes this winter, the Car Care Council says these are some symptoms of pothole damage:

If you notice any of these symptoms, you may want to take your car to a repair facility to have it checked for damage by a professional.

TIP: If you encounter a pothole, you should report it to your city, county or state transportation authorities. In some cases, your state, county or city may reimburse you for some of the repair costs.